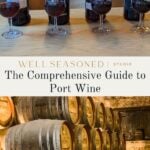 Port is a complicated diva, to say the least. On the outside, it’s a reddish brown, syrupy elixir reminiscent of marionberry maple syrup. Still, one sip and countless flavors unfurl, reminding you that Port is one of the most infamous wines in the world.

Be sure to check out our Comprehensive Guide to Montepulciano Wine next! Prefer bubbly? We don’t blame you! Learn about all things Prosecco here!

Port is a fortified dessert wine made in the Duoro Valley of Portugal. It begins life as a blend of mostly local and obscure grapes aged in large oak casks. Then, when the wine is about halfway fermented, clear brandy (grape spirits) are added. This final step “fortifies” the wine.

Once fortified, all active yeast is killed, and the fermentation process stops. This keeps the wine sweet while also adding that attractive alcoholic flavor that Port is notorious for.

True Port can only come from the Douro Valley of Portugal, though most countries have their own versions of this sweet fortified wine. Port wines from other countries are typically labeled “Port-Style.”

In the Douro Valley, the combination of intense summer heat and the vineyards’ quickly draining soil makes for vines deeply rooted in the ground, creating wines with a deep, concentrated, complex flavor.

Port is commonly found as a red wine, though white Port is drunk among locals, often with tonic water as a sort of gin and tonic-style beverage. Rosé Ports are also made, though they’re less common. Red Ports are generally made into a “Ruby Port” or a “Tawny Port,” which we’ll get into below.

Port is a full-bodied dessert wine with medium tannins. Since Port is fortified, it is high in alcohol, usually around 18%-21% ABV. Comparatively, your average bottle of wine is usually around 12%-15% ABV.

As Port ages, it begins to go from red to brick to brown in color. More flavors of caramel, earthy, and dried fruit pervade as fresh fruit flavor fades away.

Port comes in two main styles, Ruby and Tawny. Each has its unique flavor profile and ideal food pairings.

Ruby Port is the most commonly served version of Port and will be available at a lower price than Tawny Port. These wines are made to be drunk young and don’t develop those crème brulée flavors found in Tawnies.

Ruby Ports are more bright in flavor and aroma, with flavors ranging from maraschino cherries to strawberries to plums.

Aside from your average bottle of Ruby Port, several styles are good to know:

Late Bottle Vintage (LBV)- Moderately priced and made from a single year (vintage), as opposed to being blended like most Ports. These Ports are aged for longer in barrel and possess a luscious texture with plush dark berry and chocolate flavors.

Vintage Port- When the year is truly perfect, the crème de la crème of grapes becomes a Vintage Port. Vintage Ports are made with a single year’s grapes, then aged briefly in barrel and longer in bottle. These wines are expensive but definitely worth it if you can get your hands on them!

Tawny Ports are blended and aged for long periods in barrels. As a result, these wines are much lighter in color and possess buttery, nutty, crème brûlée flavors. The grapes used for Tawny Port are the same quality as grapes used for Vintage Port, though the two taste nothing alike.

Tawny Ports are usually referred to by how long they have been aged, so expect to find bottles labeled as either 10, 20, 30, or 40 years Tawny.

Other Styles of Port to Know

Beyond Ruby, Vintage, and Tawny Ports, there are a few other styles of Port worth mentioning.

Colheita Port- Tawny Port made from a single vintage. These are the rarest of Ports and can be aged for up to 50 years before being released.

Single-Quinta Vintage Port- Quinta refers to a vineyard estate. When producers decide not to declare a vintage, the grapes that would have otherwise been used for Vintage Port (that come from a single estate) are used to make Single Quinta Vintage Ports.

Australian Port-Style- Most winemaking countries make their version of Port, which they would refer to as “Port-style.” Australia deserves honorable mention as they produce some of the most exceptional Port-style wines outside of Portugal. Aussies usually refer to their Port-style wines as either tawnies or rubies.

How to Serve Port Wine

As for decanting, the only Ports requiring decanting are those with sediment at the bottom of the bottle. These include Vintage Port and LBV Port.

To decant, slowly pour the wine into the decanter, careful not to shake the bottle’s contents. Pour slowly until you see the sediment reaching the middle of the bottle. Decant for anywhere from 15 minutes to an hour; it’s really up to you.

As for aging, most Ports you buy at the local wine shop are ready to drink right away since they’ve already been aged. The notable exception is Vintage Port, which can be aged for several years before enjoying.

The History of Port

Like most fortified wines, Port originated as a way of preserving the wine so that it could travel the long distance from Portugal to England via ship. Brandy was added after the wine was made, resulting in a much dryer wine than we know as Port today.

Eventually, the subtle addition of brandy became a sought-after flavor for English palates, and the practice of adding brandy during the fermentation process to increase its sweetness became commonplace.

Port is, as you can probably guess, a sweet dessert wine. So, it’s best to pair it with foods that are equally as sweet.

Port is a chocolate lover’s dream, and the two pair perfectly together. However, I encourage you to break out of your comfort zone a bit. As good as Port and chocolate are together, I dare say Port and blue cheese are even better!

Avoid citrusy desserts like lemon meringue, which will contrast with the Port. You’ll also want to avoid any desserts that are (somehow) sweeter than the wine, as it will only make the Port taste bitter when paired.

For the chocolate lovers, be sure to try Port alongside our Flourless Chocolate Cake or this No-Bake Chocolate Mousse Pie.

Have a Port wine that you highly recommend we try? Be sure to shout it out below! 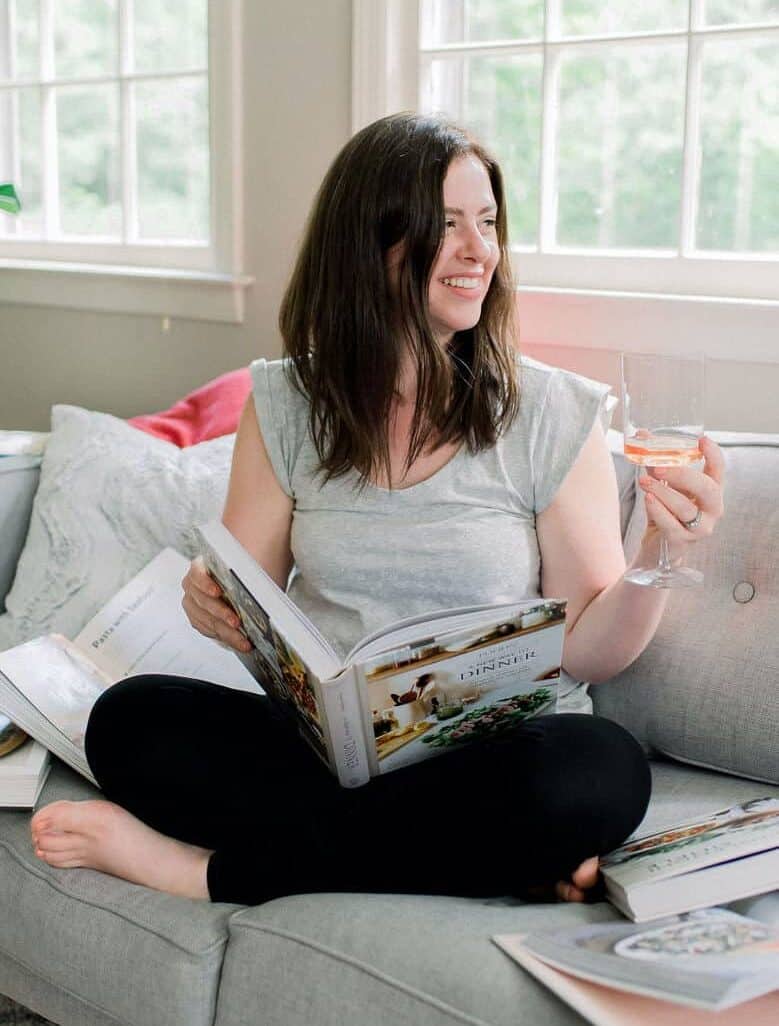 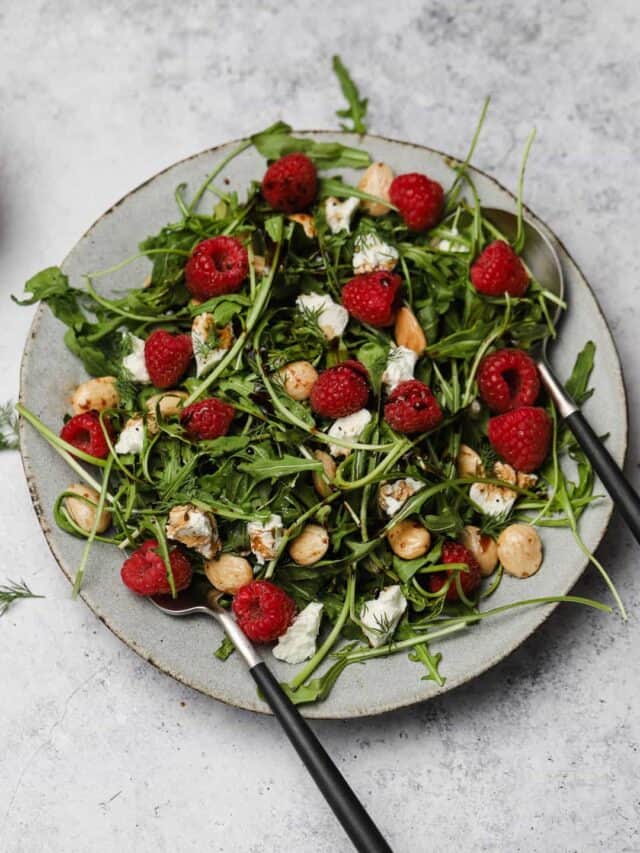 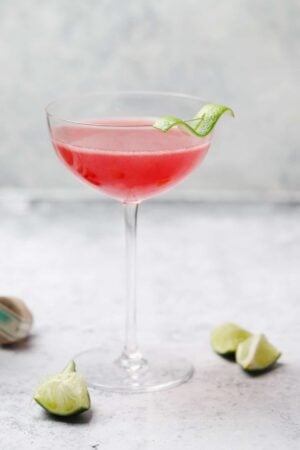 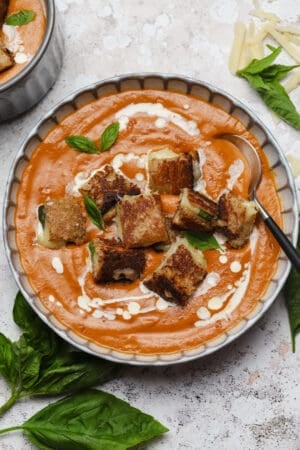 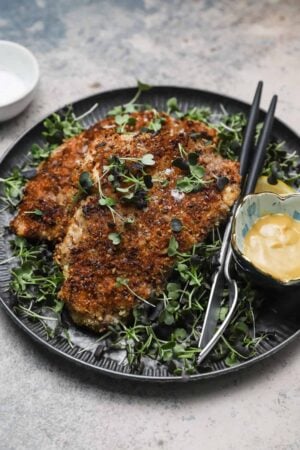 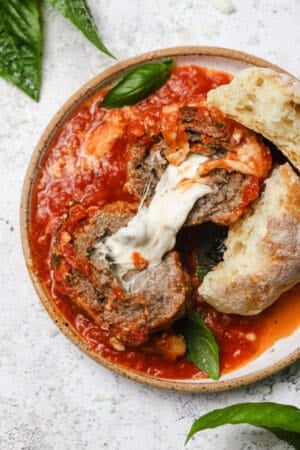